REMEMBER OUR SERVICE TO VETERANS EVERY DAY 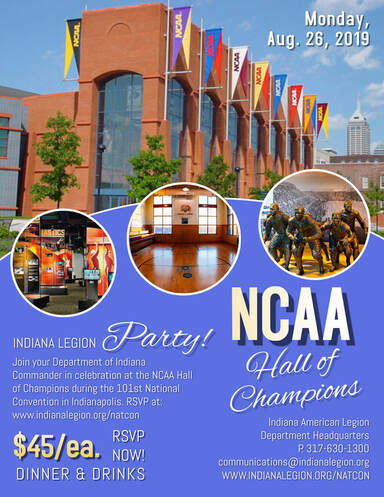 Department Commander's Party
Please join your American Legion Family to celebrate a Century of Service with the Department of Indiana Commander.
We will be celebrating  at the NCAA Hall of Champions.
​
These tickets will be limited and you will need to RSVP for your tickets today when you register on the National Convention Registration Form.